With Republicans holding supermajorities in both the Kentucky House and Senate, the current political landscape will make for another interesting Session as the General Assembly possesses the power to override any veto Governor Andy Beshear may deliver. Thus, we will likely continue to see a conservative tilt in legislative tax policy in 2022.

With COVID-19 mitigation measures and emergency powers the focus of the last two sessions, the Kentucky General Assembly will debate the continuation of those measures as Kentucky and the nation adjust to the existence of the virus for the foreseeable future. Although approximately $1.1 billion of State and Local Fiscal Recovery funding via the American Rescue Plan Act (ARPA) was allocated throughout the Commonwealth during the 2021 Regular Session, legislators will determine the allocation of $1 billion in remaining funding. Aside from COVID-19, the U.S. Census Bureau released their 2020 survey data in September, providing the General Assembly the statistics needed to restructure and draw new maps for state House, Senate, and U.S. Congressional seats. 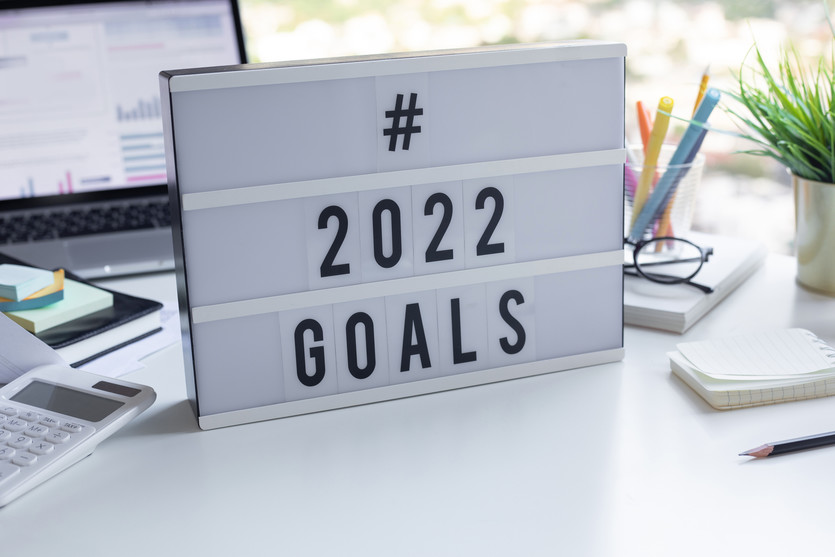 The most significant and consequential goal of the General Assembly in this upcoming Session will be the passage of a biennial budget for FY2023 and FY2024. A complete budget has not been passed since 2018, due to the economic effects of COVID-19’s onset in early 2020 that hindered discussions regarding the last biennial budget. The last two years have seen a conservative approach by members of the General Assembly to maintain economic and budgetary caution throughout the worst parts of the pandemic. With a new biennial budget proposal, tax policy and potential reform will be a primary discussion point.

Throughout the session, the Society will advocate for our members on tax, license, and general business issues, along with any other matters or issues that may affect the CPA profession and tax policy. Below is a preview of some of the key issues we will be closely monitoring during the next Regular Session.

With the onset of COVID-19 in March 2020, Governor Andy Beshear took executive action to implement sweeping orders in an effort to slow the spread of the virus. The 2020 Regular Session was abruptly derailed, the General Assembly turned to emergency legislative actions, and quickly implemented a one-year continuing state budget. For the next ten months, Governor Beshear declared a state of emergency and signed multiple executive orders. With the start of the 2021 Regular Session in January, the General Assembly reconvened to limit the Governor’s executive powers in an attempt to implement checks and balances from the Legislature. The General Assembly passed four bills aimed to limit the scope of the Governor’s executive powers to issue emergency orders. Those bills were introduced and passed by the Legislature during the 2021 Regular Session including House Bill 1, House Bill 5, Senate Bill 1, and Senate Bill 2.  These bills were quickly introduced and passed via veto-override by the General Assembly, however they were subsequently blocked by the Franklin Circuit Court via an injunction. Throughout the summer of 2021, Kentucky’s Judicial Branch reviewed the four pieces of legislation, making their way to the Kentucky Supreme Court. In late August 2021, the Kentucky Supreme Court ruled that the Franklin Circuit Court’s injunction was erroneously implemented, therefore necessitating the September Special Session that extended and challenged many of the Governor’s executive powers.

Following 2021’s Special Session in September, a number of COVID-19 mitigation executive orders were approved and extended by the General Assembly. Those extensions, including business COVID-19 liability protections, will sunset on January 15, 2022. With the 2022 Regular Session beginning January 4, the Legislature will have these measures to debate and consider extending further into next year. With the onset of new COVID-19 variants and widespread vaccine availability, the actions of the General Assembly remain uncertain whether to extend or allow the state of emergency to expire.

On March 11, 2021, the U.S. Congress and President Biden enacted the American Rescue Plan Act of 2021 into law. This legislation provided direct funding for multiple programs including additional economic impact payments, social programs, COVID-19 health response, and state and local recovery funds. Funding directed to the Commonwealth totaled $2.6 billion, $2.1 billion directly to the state and $500 million to counties, municipalities, and localities. The General Assembly responded quickly by allocating approximately $1.1 billion in funding before the end of the 2021 Regular Session. House Bill 382 appropriated $575 million to the interest and principal on the federal loan taken to cover the Unemployment Insurance Trust Fund. This was primarily to alleviate the financial burden of the federal loan on the state government following the emergency actions taken place in early 2020 to address the unprecedented number of unemployment insurance claims filed. House Bill 320 appropriated an additional $50 million to broadband services to unserved and underserved households and businesses. Appropriations directed to broadband services and infrastructure total $250 million in 2021. House Bill 556 appropriated $185 million to state capital projects and Senate Bill 36 appropriated $250 million to establish grant programs on drinking water and wastewater projects throughout the Commonwealth.

With $1.1 billion in American Rescue Plan funding allocated during the 2021 Regular Session, the Governor and Members of the General Assembly will debate and determine the appropriation of the remaining $1 billion. Governor Beshear’s administration has proposed a few ideas like utilizing $400 million for bonuses to essential workers while the General Assembly continues to debate the details of where to appropriate the remaining funding. Per the American Rescue Plan Act, the state has until 2024 to allocate the State and Local Fiscal Recovery Funds.

In September 2021, the U.S. Census Bureau released population data gathered during the 2020 Census. Due to COVID-19, legal challenges regarding counting measures, and social unrest last year, the release of Census data for drawing new Congressional and legislative maps was significantly delayed. Unable to address the re-districting of Congressional and legislative maps during the 2021 Regular Session, the General Assembly will face issues in contrast with filing deadlines for the 2022 primaries scheduled for next spring. With disagreements between the Governor and Republican majorities in the General Assembly, the next Regular Session will see a showdown over finalized and newly drawn representative maps. Governor Beshear has repeatedly requested to view a plan for re-districting prior to calling a Special Session to address the matter.

The 2018 Regular Session was the last time a complete biennial budget was passed through the General Assembly and enacted into the law. With the onset of COVID-19, biennial budget discussions were severely cut short, and the Legislature took emergency action to pass a conservative, continuing one-year budget in 2020. This same approach was taken this past session to remain cautious as the COVID economy has proven volatile and unpredictable. However, with increased revenues beyond forecasted estimates, the General Assembly is preparing to enact a complete biennial budget during the 2022 Regular Session.

As the Legislature debates and confirms a new budget, they will need to address multiple hurdles along the way. State employee pensions and retirement plans pose an ever-increasing expenditure to the state government. For FY2022, the Teachers’ Retirement System is requesting an additional $200 million increase to its annual appropriation. In addition, the General Assembly will need to address pay for state social, government, and police workers. Governor Beshear also has his own ideas for what priorities need to be addressed during the next session. The Governor has mentioned increased pay for state police and “hero pay” for workers affected by COVID-19. The General Assembly will most likely address these details with the Governor as discussions continue.

With a packed agenda for the 2022 Regular Session and plans for a new biennial budget, the General Assembly has internally and at high levels discussed tax reform, or as Members denote it, “tax modernization.” This discussion amongst the General Assembly has been further elevated by the Tax Foundation’s new study on tax reform in the Commonwealth titled, Aligning Kentucky’s Tax Code for Growth. The report includes various topics and suggestions for tax modernization including business, individual and municipal income, property and inheritance, and other forms of tax recommendations for Kentucky.

As the General Assembly discusses potential tax modernization heading into the 2022 Regular Session, the Society will be prepared to provide guidance and recommendations to policymakers concerning the implementation of new tax policies. As practitioners of tax policy, the Society is concerned with a few main legislative priorities for the Legislature to consider:

These are just a few of the major issues to be considered by the 2022 Kentucky General Assembly. Be sure to keep up to speed with the session by reading our weekly legislative updates and following us on social media.

If you have any questions, comments or feedback, please feel free to reach out to the Society’s Government Affairs Director, P. Anthony Allen, at aallen@kycpa.org. 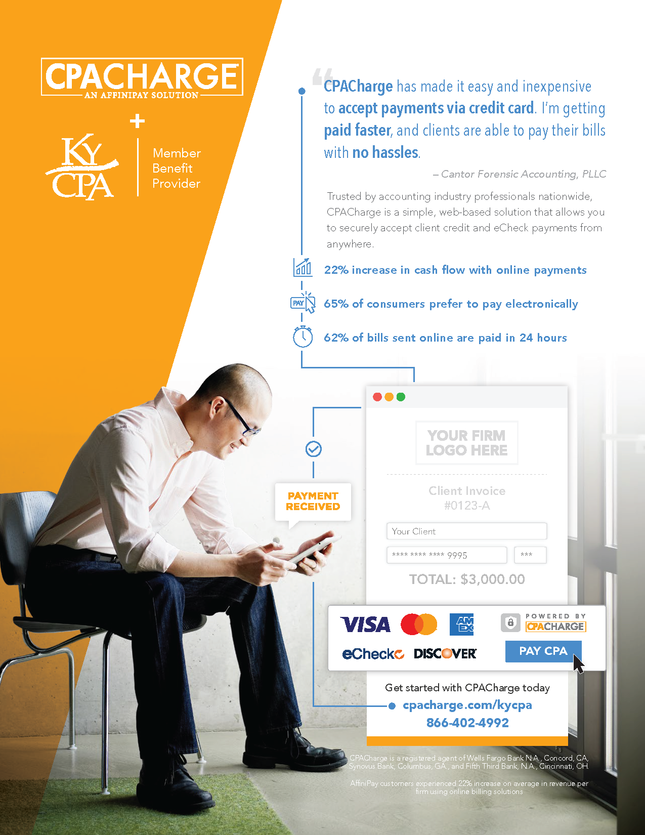