As Abraham Lincoln once said, “It is . . . the duty of Government to render prompt justice against itself in favor of citizens. . . .” Calvert Invs., Inc. v. Louisville & Jefferson County Metro. Sewer Dist., 805 S.W.2d 133, 138 (Ky. 1991) (quoting Abraham Lincoln). Equally, in a tax audit, the tax auditor’s job is to determine the right amount of tax, regardless of whether the audit determines that the taxpayer paid that amount, too little or too much. Indeed, Kentucky tax auditors cannot be evaluated “on the basis of taxes assessed or collected.” KRS 131.081(13)(a). Taxpayer protections provided for and embedded in Kentucky tax statutes enacted by the General Assembly help ensure that taxpayers pay only the amount of tax that is due under Kentucky tax law – which is as it should be.

Taxpayer’s right to guidance from the Department of Revenue

An ounce of prevention is worth a pound of cure. Trying to get taxpayers, their advisers and the Kentucky Department of Revenue (Department) all on the same page reduces uncertainty and increases not only compliance but disputes an audit between taxpayers and the Department. Taxpayers cannot read the Department’s mind; so, the Department must provide guidance regarding its positions – the more guidance, the better!

Importantly, the Kentucky Taxpayers’ Bill of Rights provides that, “The department shall develop and implement a Kentucky tax education and information program directed at new taxpayers, taxpayer and industry groups and department employees to enhance the understanding of and compliance with Kentucky tax laws, including the application of new tax legislation to taxpayer activities and areas of recurrent taxpayer noncompliance or inconsistency of administration.” KRS 131.081(1). So, the Department is statutorily directed to provide guidance. And, thanks to amendments made to KRS 131.130(8) by 2017 HB 245, such guidance may include examples, and thus, the Department’s examples may provide additional clarity to taxpayers. 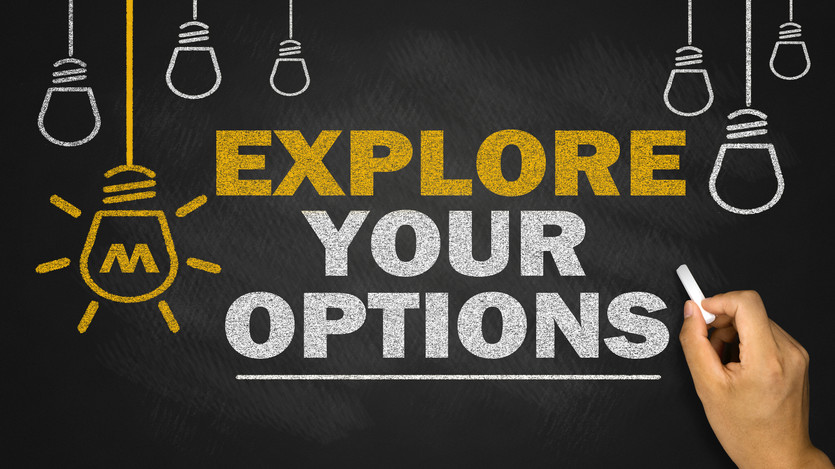 At the beginning of a tax audit, a taxpayer should understand the procedures for the audit and rights and remedies should the taxpayer and the Department disagree on all or a part of the audit. Procedures, remedies and rights safeguard the system by making it more likely that an audit will ultimately (sometimes after protests and appeals) result in what the taxpayer owes under Kentucky tax law. Given the importance of procedures, remedies and rights, the Department is required to inform taxpayers of these with its initial notice of audit, each original notice of tax due and each denial of a refund or credit. KRS 131.081(2).

Each taxpayer’s right to representation

Many taxpayers, individuals and businesses, are not sophisticated in tax matters, and most small and mid-sized businesses do not have tax professionals on staff; they rely on their outside tax advisers. Taxpayers “have the right to be assisted or represented by an attorney, accountant or other person … before the department.” KRS 131.081(3). When a taxpayer’s tax adviser understands the taxpayer’s business and their tax situation and has experience in handling audits, the taxpayer’s representative can facilitate the audit process.

An audit may only be performed on “open” tax periods, i.e., tax periods for which the applicable statute of limitations period has not expired, often referred to as being “closed.” For example, sales and use tax must be assessed within four years from the date the return was filed. KRS 139.620. Similarly, an application for a refund of other than ad valorem or unconstitutional taxes must be filed within four years of payment. KRS 139.580. However, such time periods may be extended by written agreement between the Department and the taxpayer. While some taxpayers have a policy to not extend the statute of limitations, many will often agree to extend the statute of limitations, provided that the audit is progressing to an anticipated completion.

Audits may be either desk audits (literally done at the auditor’s desk) or field audits (at the taxpayer’s location). If the audit is taking place at the taxpayer’s location, the department must perform its audit at “reasonable times and places.” KRS 131.081(3). Tax auditors should be treated with professional courtesy; they are doing their job. Taxpayers should be likewise treated.

Audits are typically commenced with an opening meeting with the taxpayer that may include the auditor’s supervisor. Details of the audit process are often discussed.

During a typical audit, the tax auditor will request information and documents from the taxpayer, and the taxpayer will respond to the auditor’s requests for information or documents. The exchanges center on the treatment of the transaction or item at issue. For example, in a sales tax audit, the auditor will request copies of resale and exemption certificates or copies of purchase invoices, and the taxpayer will respond with documents and explanations as to why particular transactions are exempt or otherwise not subject to tax. Similar exchanges occur in tangible personal property tax audits, income tax audits, etc.

The auditor will produce an audit narrative that describes the audit including the identity of the taxpayer, the taxpayer’s representative, audit type (e.g., sales tax, income tax, etc.), periods examined, statute of limitation waivers, protest period, auditor, review officer and a description of the items or transactions examined by the audit (e.g., sales, deductions, capital purchases, consumable purchases, etc. in a sales tax audit). The auditor will also produce schedules of items examined and calculations of tax, i.e., audit workpapers.

At the end of each audit, there is typically an informal end of audit meeting with the auditor. The auditor’s supervisor may also attend.

Right to protest a tax assessment

The department must issue a notice of tax due within the applicable statute of limitations. See, e.g., KRS 139.620 (sales and use tax). The notice of tax due must include “a clear and concise description of the basis and amount of any tax, penalty and interest assessed against the taxpayer” and copies of the final audit workpapers and audit narrative must be provided to the taxpayer. KRS 131.081(8). Often, as a practical matter, reference to the audit workpapers and audit narrative is necessary to determine the Department’s basis for any amounts assessed.

A taxpayer may protest a notice of tax due within 60 days of the date of the notice; otherwise, the assessment becomes final, due and payable. KRS 131.110(1). The protest must be in writing and must also be accompanied by a supporting statement setting forth the grounds upon which the protest is made. KRS 131.110(1)(c). The time for submitting the supporting statement may be extended if the delay is necessary and unavoidable. Id. For example, the tax adviser was just retained to represent the taxpayer in the protest. It is very important to not only file the written protest within the 60-day protest period, it is just as important to be able to prove that the protest was filed within that period; so, when filing a protest, chose a delivery method that can readily show timely receipt (e.g., hand delivery, fax, email, delivery service with proof of delivery, etc.).

Ideally, a supporting statement should be compelling. It should set forth the material outcome determinative facts and explain how the law applies to those facts. Such a supporting statement can result in the Department conceding some or all of the issues raised in the protest, particularly when the issue has one clearly “right” answer.

Not all tax issues have a right and a wrong answer. It is not all black and white; there is often a scale of shades of gray. Taxpayers and the Department do not have to litigate every issue; indeed, the Department can settle issues. KRS 131.030(3) (“The department shall have all the powers and duties necessary to consider and settle tax cases under KRS 131.110 and refund claims made under KRS 134.580.”) In fact, “The department is encouraged to settle controversies on a fair and equitable basis and shall be authorized to settle tax controversies based on the hazards of litigation applicable to them.”

Right to request a final ruling

Right to appeal to the KBTA

The Department is not infallible, and taxpayers should not be compelled to pay taxes, interest or penalties that are not due. It is thus essential that a taxpayer has a right to appeal to the KBTA, which will review the taxpayer’s appeal de novo, i.e., as though it was the first time. KRS 49.220. The KBTA is a three-person administrative adjudicative body that hears tax appeals. KRS Chapter 49. Either the full board or a hearing officer may hear the appeal. Id. The KBTA’s rules provide for discovery allowing the parties to “discover” facts and other information relevant to the tax issues before the Commission using interrogatories (i.e., written questions), requests for production of documents, requests for admissions, and depositions. 802 KAR 1:010. The taxpayer and the Department may “present evidence and argument, conduct cross-examination, and submit rebuttal evidence….” KRS 13B.080(4). The evidence becomes part of the record for judicial appeal. KRS Chapter 13B. Based on one or more motions for summary disposition or an evidentiary hearing, either a hearing officer will issue a recommended order to which exceptions may be taken (if the case is before a hearing officer) or the full board will issue a final order. KRS 13B.110; KRS 13B.120. The KBTA’s final order may be appealed to circuit court. KRS 13B.140; KRS 49.250.

The KBTA is not infallible either, and Kentucky tax statutes recognize this by giving taxpayers (and the Department) a right to appeal to circuit court. KRS 13B.140; KRS 49.250. The circuit court’s role is to review the KBTA’s final order, essentially functioning as an appellate court. KRS 13B.150. A party aggrieved by a Circuit Court’s Opinion in a tax matter may appeal that decision to the state-level Court of Appeals, as a matter of right. But, an appeal from the Court of Appeals is available to the Kentucky Supreme Court or to the United States Supreme Court at their discretion.

Most taxpayers are individuals and small and mid-sized businesses, if they are appealing their tax assessments, it is generally because they have a good faith belief that the taxes assessed are not due. Burdening taxpayers by forcing them to pay the amounts alleged to be due or to post a bond before they have been finally determined by the courts works as a de facto deprivation of taxpayers’ rights of access to the courts for the purpose of judicially reviewing a tax assessment upheld by the KBTA. Requiring payment or a bond as a prerequisite to appeal tax assessments is referred to as a “pay-to-play” system and is generally considered to be an anti-taxpayer provision. The General Assembly rejected this when it amended KRS 49.250 in 2018 to affirmatively provide,

As such, all taxpayers, regardless of size, have similar access to the courts to judicially appeal their tax assessments.

Taxpayer’s right to an installment payment

Kentucky taxpayers have rights when they are audited that help ensure that they pay the right amount of tax. Maintaining these rights is essential to the integrity of Kentucky’s tax system. And, as a practical matter, when taxpayers understand and exercise their rights, they are more likely to pay amounts that are actually due. 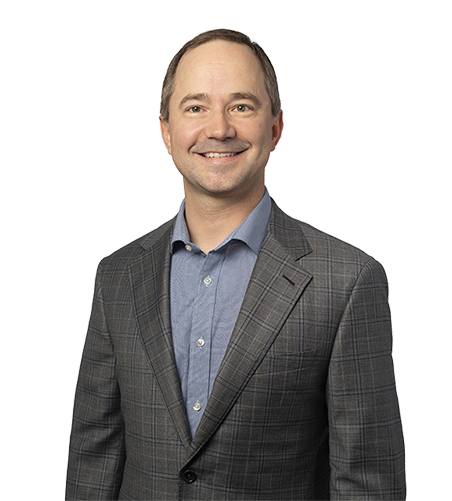